"Women's rights instead of Sharia injustice"

On International Women's Day we demonstrated in front of the IZH under the motto “Women's rights instead of Sharia injustice”, “An end to violence against women in the name of Islam and its tradition”.
Over 100 people took part in the demonstration in the afternoon.
What is at stake?
This year, we Hamburgers are demonstrating for women's rights in front of the Blue Mosque on the Alster, because the Imam Ali Mosque is home to the Islamic Centre Hamburg (IZH), one of the headquarters of political Islam in Germany. We especially want to show solidarity with those women in orthodox Islamic countries, but also in our country, who have to live and suffer under Sharia laws.
It was from the Blue Mosque, under the protection of our liberal society, that plans were made 44 years ago to implement the anti-women Sharia laws in Iran, under the leadership of the then director of the mosque, who later became the second man of the Mullah regime, Mohammed Hossein Beheshti.
Mohammad Khatami, who ruled Iran from 1997 to 2005 and was responsible for torture and repression in his country, was the director of the Blue Mosque from 1978.
Ayatollah Mofateh, the current director of this mosque - in reality an instrument of Iran's Islamic State leadership - issues Fatwas, religious opinions in which he prescribes, for example, the headscarf for children as religiously obligatory for his congregation.(1) Although under observation by the Office for the Protection of the Constitution, the Hamburg Senate has been working with this anti-democratic and misogynist organisation since 2012 within the framework of a state treaty and allows its influence on school policy.

What do we demand?
We Hamburgers say to the Red-Green Senate:
Defend the rights of the women and girls here, in Iran and elsewhere, who under Sharia law
- are not allowed to show themselves in public without a headscarf or veil;
- are threatened with marriage from the age of 13. This has been allowed for men in Iran since 2015 for their adopted daughters from this age;
- and who are not allowed to enter into contracts (including marriage contracts) without a male guardian.
Anyone who concludes state contracts with this regime and its religious-political representation, the IZH and the Blue Mosque, supports arbitrary rule and the oppression of women.
We call on the Hamburg Senate:
End the cooperation with the misogynist Mullah regime and the enemies of democracy.
In times of rising right-wing populism and religious fanaticism, we want to set an example. Our central concern is to stand up for the values of our democracy. Because democracy is measured by the rights of women!
We support the petition "Keep your head clear" by TERRE DES FEMMES, which fights for a legal ban on the so-called "children's headscarf".
We say "No!" to all those who want to divide our society into men and women with right-wing populist propaganda and religious fanaticism, and thus try to shake our common fundamental rights to peace, freedom and democracy and human rights.

We say no to patriarchal systems!
We demand equal rights for all people, regardless of their sexuality, gender, religion and skin colour. We demand the separation of state and religion! We stand up for the abolition of Sharia laws and for a stop to the execution of homosexuals and political prisoners in Iran and elsewhere.

Thank you very much for the great speeches by:

Laleh Arefi (psychologist and representative of the LGBT community)

Greetings from Christoph de Vries (Member of the Bundestag / CDU) on International Women's Day, with a statement on the IZH.

Hamburg Journal interview about the demonstration

Speech by Katja Suding, member of the Bundestag from the FDP 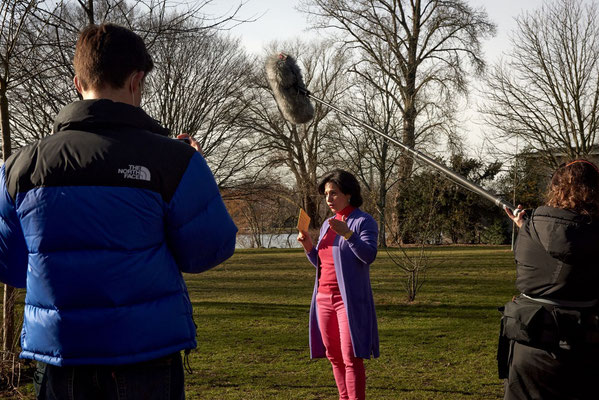 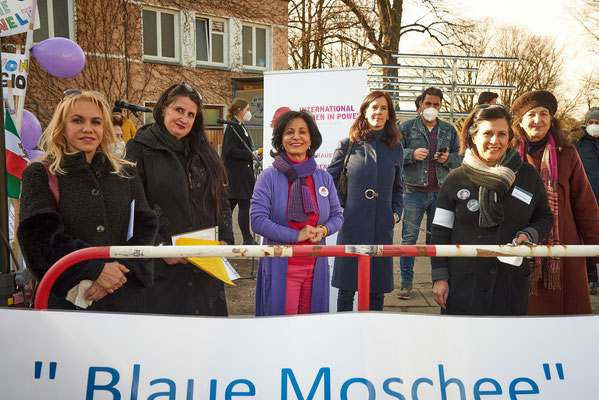 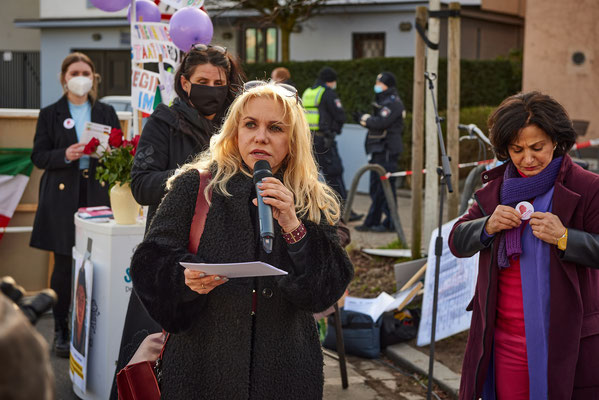 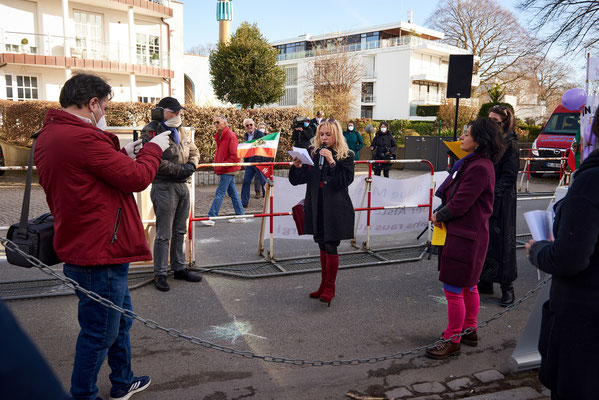 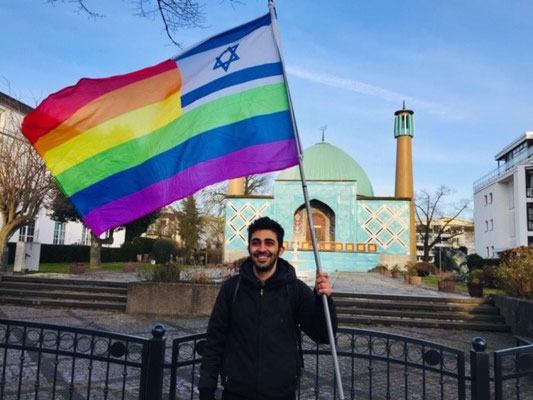 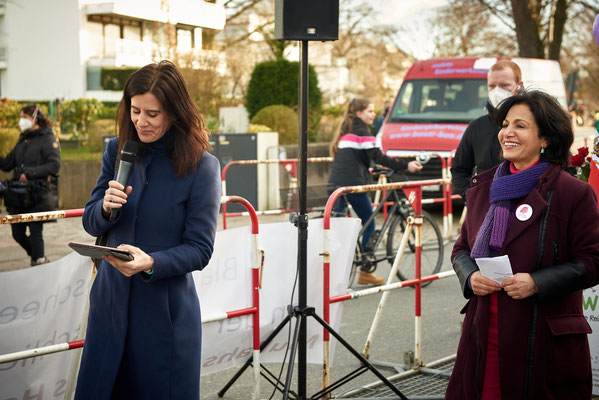 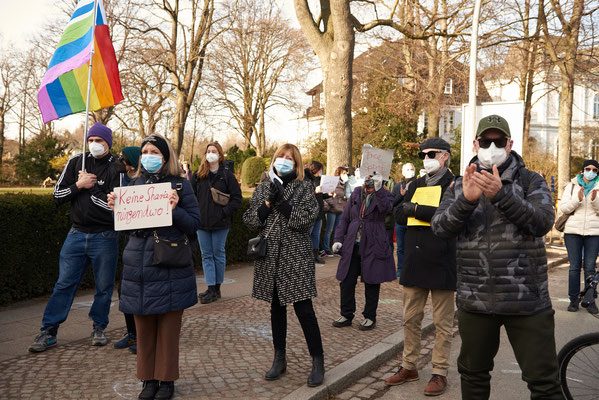 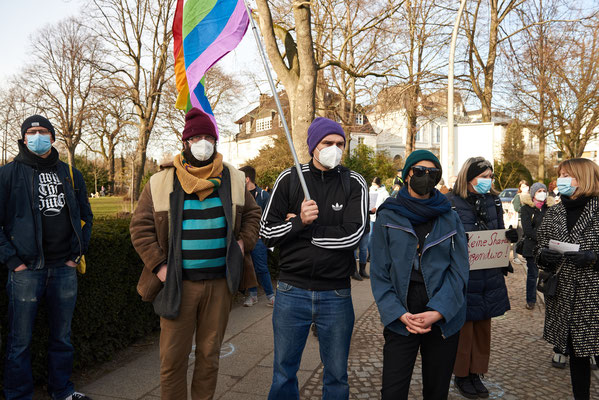 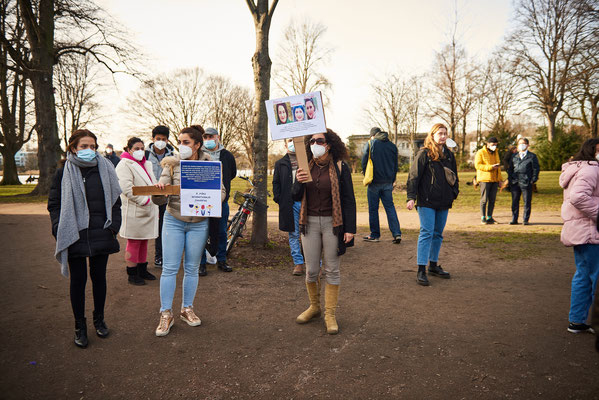 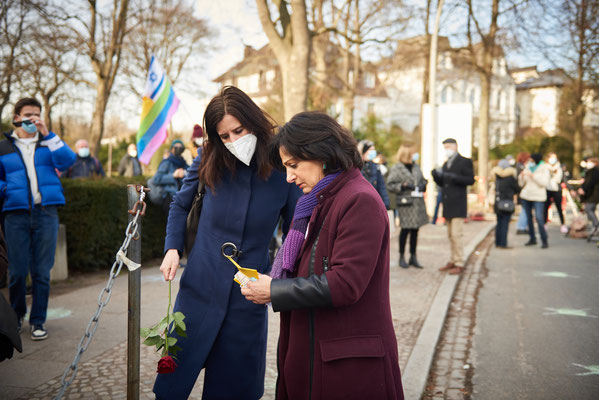 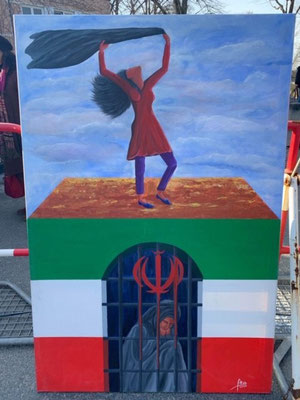 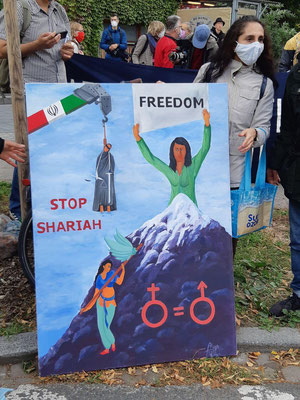 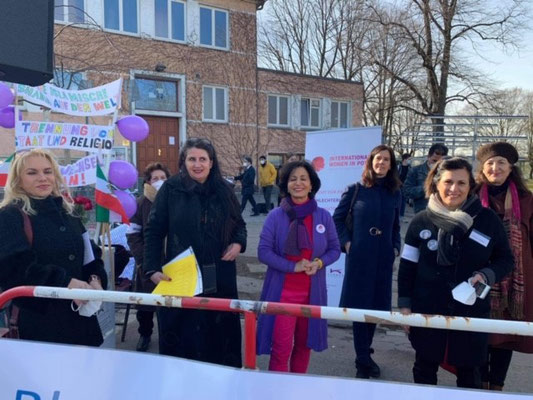 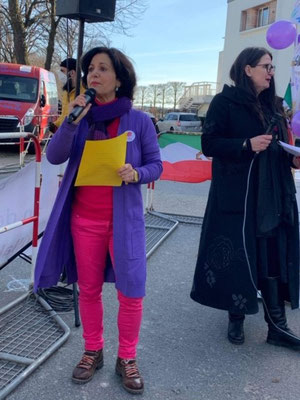