What We Stand For
Our Demands

"The veiling of girls of all ages - a growing phenomenon in many schools and even kindergartens - represents discrimination and sexualization of minors.

That is why TERRE DES FEMMES e.V. ( registered association)

demands a legal ban on the so-called “children's headscarf” in public spaces, especially in educational institutions, for all underage girls. We want girls to grow up without a headscarf and without full veils - here and elsewhere. "

The new issue of EMMA (german feminist magazine) published an article about Pourkian's commitment and her youth in Iran. 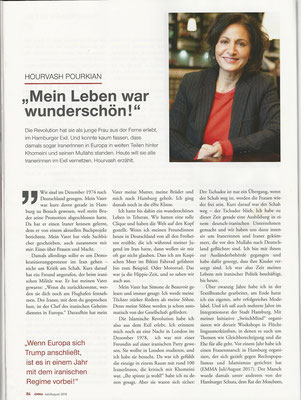 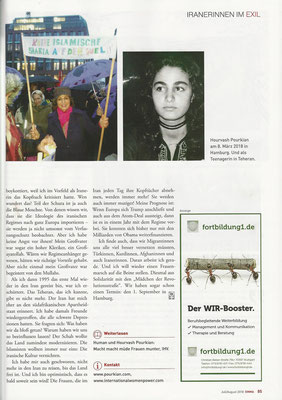 Special Event for Women in the Chamber of Commerce in Hamburg

On March 6th, we had a promotion stand at "Frauen im Blick" in the Chamber of Commerce.

All information about our events, as well as interesting articles on the topic of women's rights, can also be found on our Facebook page.