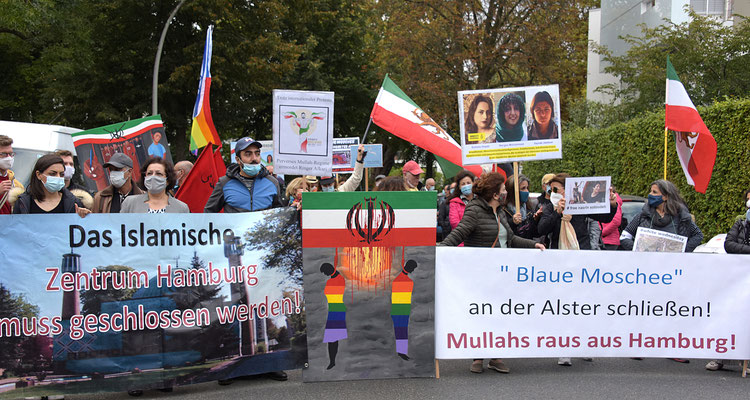 IWP raises awareness for women´s rights violations with special focus on Iran but also worldwide,  moreover, we are active within the opposition against the Iranian regime.

Our initiative is campaigning for an end of violence against women in the name of Islam and its traditions, regarding that IWP demands women´s rights instead of women Sharia laws.

IWP supports the petition „Den Kopf frei haben“ of TERRE DES FEMMES, which translates to "Having your head free". Together we make an effort to have legal ban of children wearing headscarfs.

We fight for equality of all human beings, independent of their sexuality, religion or skin color.

Moreover IWP supports the separation of state and religion and also urges crucial actors to ban sharia laws, stop the execution of homosexuals and political oppositionists.

WHAT IWP STANDS AND FIGHTS FOR

Equal rights for women and girls


separation of state and religion

Women must be represented proportionally everywhere

Stop the forced marriage of minors - Combat violence against women