Ms. Hourvash Pourkian and many comrades-in-arms demonstrated in a sit-in on Thursday, October 13, 2022, from 11:00 a.m. to 5:00 p.m. in front of the Foreign Office in Berlin. There they explained their demands for a new Iran policy and collected over 200 signatures. As part of this event, an open letter to Foreign Minister Ms. Baerbock was submitted to the Foreign Ministry. The Mideast Freedom Forum Berlin (MFFB), Central Council of Ex-Muslims Germany, Women for Freedom e.V., International Women in Power and Young People of Barandaz, represented by Jasmin Maliki, were involved.

We have been in contact with the Foreign Minister Ms. Baerbock since February 4, 2022. We have submitted our demands regarding the German Iran policy with the following muckrakers to Mrs. Annalena Baerbock:

In view of systematic and most serious human rights crimes in Iran, both in the past and in the present, we make the following demands on the German government: 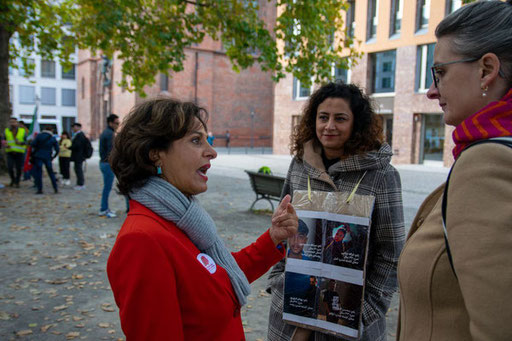 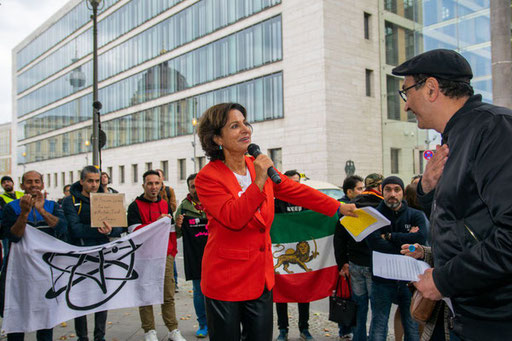 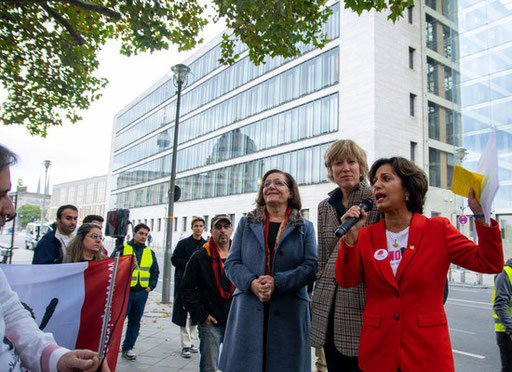 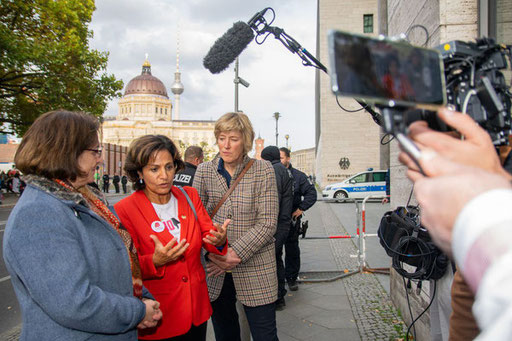 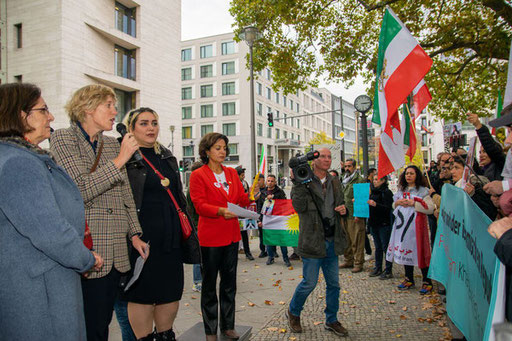 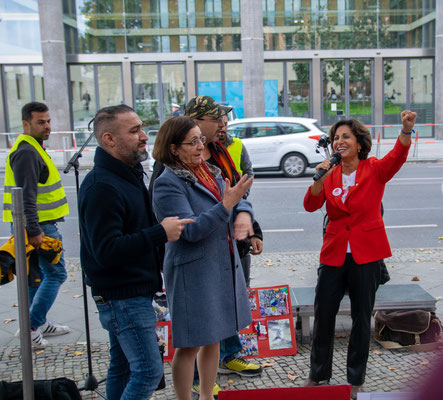 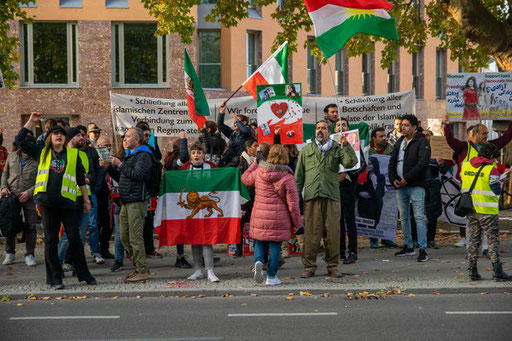 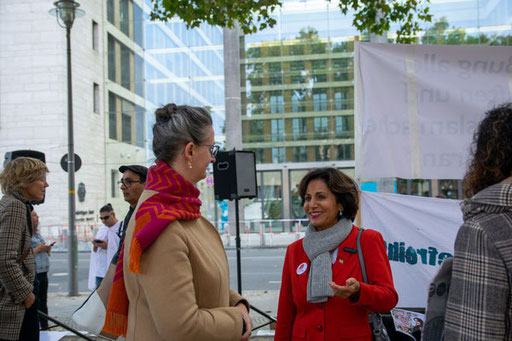 Open letter to the first mayor Tschentscher and the second mayor Fegebank.

We demand the suspension of the state contracts also with the Shura as long as the IZH is a member as well as the closure of the mosque of the Islamic Center Hamburg!

We have been in contact with Foreign Minister Ms. Baerbock since February 4, 2022. So that you can understand our political correspondence, we have uploaded our first demands regarding German Iran policy here.

View ZDF Berlin's reporting  on the submission of the open letter from minute 11.45.

Click here for the article
More about the organizers

Out of the idea to combine both of these concerns the women's and migrant's march was born. Together, we want to demonstrate against xenophobia and stand in solidarity with the fight for women's rights in the world.

Strong women should set an example and empower other women.

What do we want to achieve?

In these times of upheaval in Germany it is especially important to draw attention to the positive changes and to prevent right-wing populist propaganda and religious fanaticism from gaining ground in our society. it is our goal to not only write our goals and demands on our banners but to also actively live them by integrating them into our daily lives. everyone can stand up for freedom, diversity and human dignity.

All of us who where born and raised in Germany have an integrated sense of the culture and democratic values that shape our society. it is our responsibility to grant all people who are new to Germany an insights into our culture and democracy and to ease their integration process.